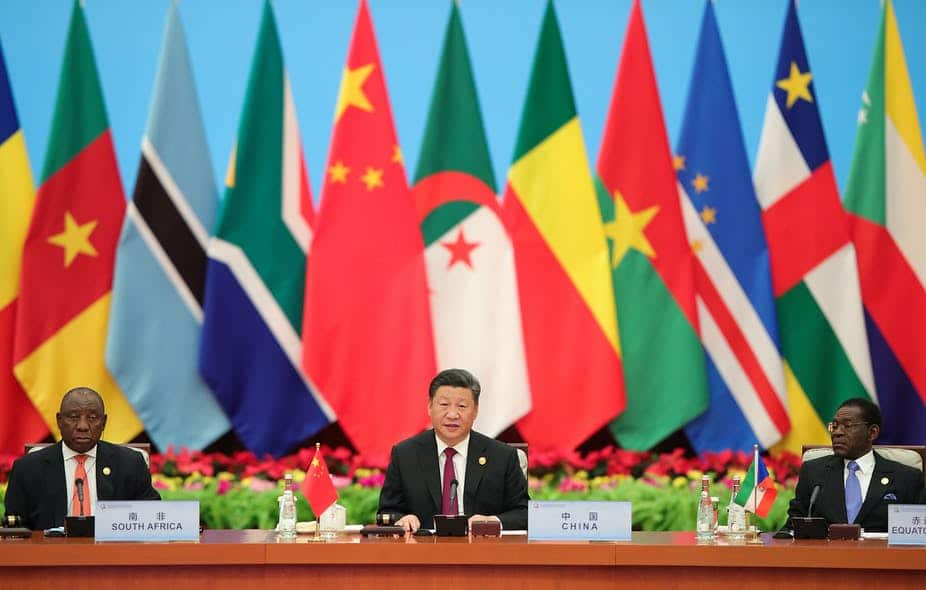 Brief: Public Debt in the Belt and Road Initiative (BRI) — How Covid-19 has Accelerated an Ongoing Problem of China’s Lending

China is a major lender for countries of the Belt and Road Initiative (BRI). Accelerated by the Covid-19 pandemic, many of these countries have seen their sovereign debt become unsustainable. Based on the analysis of debt in 52 Selected BRI countries from 2014 to 2019, this brief presents the following findings:

A Note on What We Analyze

There has been extensive research that focused on different aspects of debt sustainability issues in BRI countries and beyond. Among others, Center for Global Development published the report Examining the Debt Implications of the Belt and Road Initiative in 2018, evaluating debt sustainability of potential BRI borrowers and discussed Chinese practices on debt relief. The report Debt Relief for a Green and Inclusive Recovery, published by Heinrich Böll Foundation, SOAS Centre for Sustainable Finance, and Global Development Policy Center in November 2020, proposes a comprehensive debt relief framework with participation of both public and private sectors to facilitate green recovery from Covid-19.

In this brief, we focus on recent developments of debt in Belt and Road Initiative (BRI) countries. We particularly aim to answer the following questions (especially in the 52 selected BRI countries): how large is China’s lending in BRI countries compared with other lenders? How did it evolve in the past few years and what’s the projection for the future? Are the risks for China’s overseas lending increasing? What China has done to manage the lending risks?

As China has not reported on the distribution of its loans among countries or regions, our country-level analysis is based on the World Bank’s International Debt Statistics (IDS). IDS include self-reported public debt data from 68 out of 73 eligible countries to the Debt Service Suspension Initiative (DSSI), of which 52 are countries that have signed MoU with China to join the Belt and Road Initiative (see Appendix for a complete list). By analyzing debt statistics in the 52 selected BRI countries (out of over 130 in total), most of which are low-income and lower-middle-income countries, we identify some common trends as well as pattens that stand out in the bilateral borrowing with China.

For a specific debtor country, IDS measure the overall aggregates and the composition of public external debt stocks by creditor type and by creditor (Figure 1). In the following analysis, we focus only on public external debt owed to Chinese official creditors (as marked in green in Figure 1), i.e. lending by Chinese governments and all public institutions in which the government share is 50 percent or above. Although a debtor country can also borrow from Chinese non-official lenders or by issuing bonds, they are both smaller in size and less affected by the debt restructuring or relief policies of the Chinese government.

From 2004 to 2019, China’s overseas loans (that includes ALL foreign countries) grew by almost 12 times from US$59 billion to US$696 billion, accompanied by an increase of trade credit (referring to the account receivables of Chinese exporters plus prepayments by Chinese importers in international trade), which grew from US$67 billion in 2004 to US$560 billion in 2019 (Figure 2).

The official data from State Administration of Foreign Exchange of China (Figure 2) also shows that in 2019, the total unpaid loan was noticeably down from the 2018 level. One reason might be a collapse of overseas lending in 2018 and 2019 by two major policy banks of China — China Development Bank and the Export-Import Bank of China — in the case of increased uncertainty abroad, as is shown by the latest data from Global Development Policy Center. However, even with the drop in newly-issued loans, the accumulated loans pose a significant strain to the balance sheets of these selected countries, as we analyze in this brief.

Public Debt in the BRI

Public debt has become a crucial topic for many BRI countries with several countries unable to service their debt or going into default (such as Zambia in November 2020). In the wake of covid-19 that led to a massive economic decline on the one hand with decreasing tax returns and exports and the need for government stimulus on the other hand, many governments have been struggling to find the necessary money to pay interests and principals on their external (and internal) sovereign debt.

As the major lender in many of those countries, China has seen an increasing number of debt relief requests from BRI countries over the past months: In April, Pakistan hoped to renegotiate debt repayments to China after it alleged that Chinese companies had inflated power project costs; in August and September, Ecuador signed two deals to delay payments to China’s Exim Bank (US$474 million) and China Development Bank (US$417 million) after it struggled to service its debt because of a plunge of the oil price on which its exports partly depend; in September, Angola was close to finalizing a deal with Chinese creditors to restructure its US$20.1 billion of debts as it saw a gloomy economic outlook due to COVID-19 and an oil price slump. In October, Zambia hoped to have reached an agreement with China Development Bank (CDB) to defer its repayment to a US$391 million loan due in the same month, but the negotiations with the Export-Import Bank of China is still ongoing.

While Covid-19 has accelerated the struggles of many BRI countries to service its debt, the pressure for debt restructuring has been accelerating already before the Covid-19 pandemic. For example, in May 2019, China agreed to a debt restructuring deal with the Republic of Congo, extending debt repayment of US$1.68 billion by an additional 15 years.

For BRI countries, lending has been a major source of Chinese-led infrastructure development: in the BRI, many of the projects are financed by loans from Chinese financial institutions, such as China Development Bank (CDB) and Exim Bank of China. Among these loans, many are lent to, or guaranteed by BRI country governments.

Looking more specifically at different countries, the following interactive graph demonstrate the evolution of debt to GNI ratio in 52 selected BRI countries from 2014 to 2019. Debt-to-GNI ratio, according to the United Nations, measures the liabilities of a country in relation to its total income, and high and increasing debt ratios can be seen as an indication of unsustainable public finances.

The results are as follows:

From 2014 to 2019, debt outstanding to China has grown relatively in proportion to total public external debt in some countries, but not in others.

One remarkable feature of China’s loans is that since 2013, the majority of Chinese loans announced (but not necessarily disbursed) are for countries with the highest risk rating according to the OECD, such as Pakistan (about USD38 billion), Iran (about USD30 billion), or Venezuela (about USD24 billion) (see Figure 3).

To better understand China’s responsibility and risks in regard to BRI country debt, we compare Chinese and non-Chinese loans in the BRI. As can be seen in Figure 4, from 2014 to 2019, the multilateral creditors group has remained the biggest lender to the 52 selected BRI countries compared the other creditor types, i.e. official bilateral creditors, bondholders, and non-official creditors.

When comparing Chinese to non-Chinese lending in specific countries (see the interactive graph below), a more differentiated picture emerges.

In 2014, multilateral institutions were the major creditors in 30 out of the 52 selected countries, accounting for over 50% of their total public external debt. China was a prominent creditor for five countries:

The rest countries had different debt portfolios: loans from non-official creditors accounted for over 50% of Angola’s public debt; Myanmar saw 50.6% of its debt from official bilateral creditors other than China; Mozambique and Ghana had a more balanced composition of debt from multiple types of creditors.

Over the course of 5 years until the end of 2019, China’s lending had outpaced international lending in especially these countries:

Meanwhile, some countries have seen a slight drop in the share of official bilateral debt owed to China:

For the next several years, projected debt service to China as a percentage of total debt service remain low or moderate for most of the 52 selected BRI countries under analysis, but there are a few outliers (see Figure 5).

For governments of all these ten countries, debt repayment to China will constitute a significant share of their annual fiscal expenditure on paying off debt, making them particularly vulnerable and might require negotiations specifically with China in case of possible debt default.

Calls for debt relief have accelerated in 2020 in the wake of covid-19. However, with China’s loans having gone to high-risk countries before, China had previously collected some experience in dealing with debt default. Between 2000 and 2018, China approved 96 debt cancellations (including waiver, restructuring or rescheduling) (Figure 6). This, however only amounted to US$9.8 billion, mostly for interest-free loans and thus affected only a small fraction of less than 2% of China’s total loans.

With increasing debt issues, China’s Ministry of Finance released the Debt Sustainability Framework for Participating Countries of the Belt and Road Initiative in 2019, a non-mandatory framework for financial institutions to analyze debt sustainability and manage debt risks in low-income BRI countries.

Responding to the debt-challenges in the wake of Covid-19, China signed up to the Debt Service Suspendion Initiative (DSSI) under the G20 scheme to suspend bilateral loan repayments for 77 of the world’s poorest countries until the end of 2020. But China does not have a debt relief program like members of Paris Club and in past cases, preferred to grant debt relief bilaterally on a bespoke basis.

The lack of a comprehensive debt relief strategy might be potentially risky for two reasons. First, past debt reliefs were manageable mainly because financial distress happened at country or regional level. As economies globally struggle to survive this year and most likely next year, the cost of negotiating dozens of debt-restructuring deals case by case will increase sharply for China and give rise to doubts on fairness and transparency among borrowers.

Second, despite its commitments to the DSSI initiative, there have been some controversies for China’s classifying SOEs and policy banks as non-official lenders and thus excluding a majority of its loans from this framework. Due to China’s significant size of debt outstanding overseas, the international community expects it to take bigger responsibilities including not only case-by case debts exemption, but also plans to address the development issues in the long term.

China’s exposure to sovereign debt default in the BRI is increasing, especially in the aftermath of Covid-19 and in the several high-risk countries identified in the analysis above. China’s current strategies for dealing with debt relief requests, such as write-offs, terms renegotiation, deferment or asset seizure might work, but they create little value other than postponing the credit risks to the future.

To better manage potential debt risks in BRI countries and align China’s goal of “greening” the BRI, we recommend specifically to Chinese policy makers and financial institutions, such as CDB and China Exim Bank.

Recommendations for Chinese policymakers in the short term:

Recommendations for Chinese policymakers in the long term: